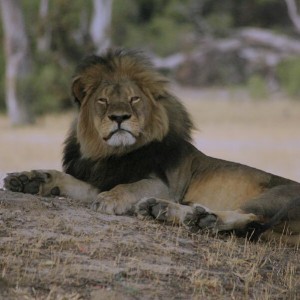 Man kills lion.  Millions of people on the internet are outraged.  They put down their hamburgers, hot dogs, pulled pork sandwiches, and chicken tenders to express disgust at Walter Palmer, a dentist who killed a lion while on a hunting trip in Africa.  Meanwhile, some Planned Parenthood officials are recorded how they have to be careful performing abortions so as not to destroy the product they are selling because it will reduce their revenues–and the internet mostly yawns.  Oh, a few conservatives get upset, but that’s it.  Evidently you can kill one lion and you are a pariah and shunned, but kill hundreds or even thousands of babies and sell the parts for profits, and no one really cares.  Instead, officials and pro-abortion people are upset at the people who made and released the recording.

I grew up in a state and around friends and family who hunted and fished.  I never hunted, but I certainly fished.  I have no moral objection to fishing or hunting as long as they are used for food.  When I fished, I ate what I caught–minus eyes, guts, tails, fins, and bones.  As far as hunting, my uncles and friends would go deer hunting and they would dress the deer and have it butchered and then take the head to have it mounted.  I do have a college friend who has gone big game hunting in Africa.  He has the head mounted in his man cave.  The meat was eaten by the locals because he could not carry it back to the US.  It is not something I would do, but I would not hold it against him.

I feel the same way about Walter Palmer.  I eat beef, chicken, pork, and fish. The way that cows, chicken, and pigs are treated in factory farming methods is certainly worse than anything the lion hunter ever perpetrated.  For my uncles, cousins, and friends who hunt for deer, their kills are certainly more humane than what is done in feeding lots and slaughterhouses.  What is more humane?  Is it more humane to kill a deer who has lived its whole life free and is killed in an instant, or to kill a cow who was chained up to feed on grain, filled with steroids, and grown at an abnormal rate to get fat?  ISTM that the deer has a much better life.

Walter Palmer was identified, and has even had his address put on the internet.  I cannot believe the outrage.  It is as if our whole moral universe has been turned upside down.  Abortionists who kill hundreds or even thousands of babies are considered fine upstanding citizens while a man who kills one lion is castigated and looked upon with disgust.

You know who is not upset?  Deer, gazelles, and other animals otherwise known as lion food.  Lions pounce on their prey, break their bones and neck, and then rip the flesh from their prey’s body with their teeth.

This entry was posted in Uncategorized. Bookmark the permalink.